You may have overheard aquarists discussing the release of goldfish into ponds. Or perhaps you’ve seen the absurd headlines about goldfish discovered in ponds. In that case, have you ever considered putting your goldfish in the pond? Or you may have wondered if goldfish enjoy living in ponds and how they can thrive there.

Moving your goldfish to a pond will provide a more natural environment and freedom. This may promote the more extended, better life of goldfish. However, there might be better ideas than keeping them in a pond.

And why is that? Continue reading the content if you’re genuinely curious. I’ve addressed every question you had about maintaining goldfish in a pond. Let’s go exploring together!

What happens when Goldfish are released into a pond?

Goldfish enjoy open environments. Your goldfish will be pretty content if maintained in ponds. But releasing your goldfish into ponds has both advantages and disadvantages.

Your goldfish’s growth will be enhanced by keeping it in a pond. They frequently do far better in ponds than in aquariums. Because ponds are larger than aquariums, goldfish can swim around freely.

Goldfish grow in size in accordance with their living environment. Having a pond implies that your goldfish will grow larger than those kept in tanks. This will prolong the life of your goldfish even further. Pond-kept goldfish can survive for years that can go up to 15-25 years.

Keeping goldfish in ponds allows them to enjoy the wildlife habitat. If you maintain goldfish in a backyard pond, they will frequently consume algae buildup surrounding the pond as well as bugs and insects that fall into the water. As a snack, goldfish enjoy eating algae.

They could get too Big

Adding goldfish to ponds can be harmful to the environment. As previously said, they grow in size in response to their surroundings. Consequently, introducing them to ponds can produce giant goldfish. They get larger than you anticipate and contaminate the bottom sediments and plants, lowering the water quality.

While throwing your unwanted pet goldfish into a pond may seem harmless, you might be doing significant damage to the ecosystem.

How quickly do pond Goldfish grow?

Within the first several weeks after hatching, goldfish may develop quickly (up to 50% quicker) in a pond with the “ideal” water conditions. Baby goldfish’s growth rates are influenced mainly by the water’s quality and the food they eat. The pond should not be deeper than 4 feet (120 centimeters), have a pH level of 7 to 8, and be between 70 and 75 degrees Fahrenheit in temperature.

As was already established, goldfish will consume algae that naturally develops in most aquatic habitats, even man-made ponds. It’s not always healthy for them just because they consume it. Although algae, for example, might keep a goldfish alive during the winter when feeding is unavailable, it provides very little in the way of crucial nutrients.

What causes Goldfish death in a pond?

In a pond, a number of things can cause goldfish to die. These include sickness, bodily harm, parasite infection, predatory behavior, old age, asphyxia, malnutrition, stress, bad weather, and water pollution. You should look into this more if you see a few dead goldfish floating on the surface of your pond.

Putting Goldfish in a pond is against the law?

In most states and provinces in North America, releasing goldfish into a nearby pond is unquestionably prohibited. The local native freshwater fish might go extinct due to their potential to overpopulate and overtake them. This eventually disrupts the food chain and promotes the spread of other invasive species, which has an impact on the biological balance of the water.

On the other hand, as long as the pond is confined and doesn’t link to any outgoing waterways, keeping goldfish in one on your property is entirely legal. Not overstocking the pond is the most crucial thing to remember. As a result, there will be a surplus of goldfish that are stunted and won’t survive nearly as long as they can.

The Bottom Line on Can you put Goldfish in a pond?

Moving your goldfish from an indoor tank to an outdoor pond is possible. They will be able to develop to their full potential and live a lifestyle akin to nature. The environment will suffer as a result, which is a drawback. However, if you choose to introduce goldfish to ponds, you must do it responsibly and with the utmost care in order to give the fish the best chance of surviving. Have you ever wondered why a goldfish might die after being purchased from a fair? What is a carnival fish’s average lifespan? How to care for a goldfish during a carnival? Up to the point of caring for them, winning a goldfish at a fair appears thrilling and enjoyable. Fair goldfish live less time than average goldfish. They… Are you excited for your baby Goldfish to grow into an adult? Or are you worried that your Goldfish is not growing fast enough? Maybe there is something that you are not doing right. Well, no need to worry. I will answer the most commonly asked questions as to how big a Goldfish can get,… 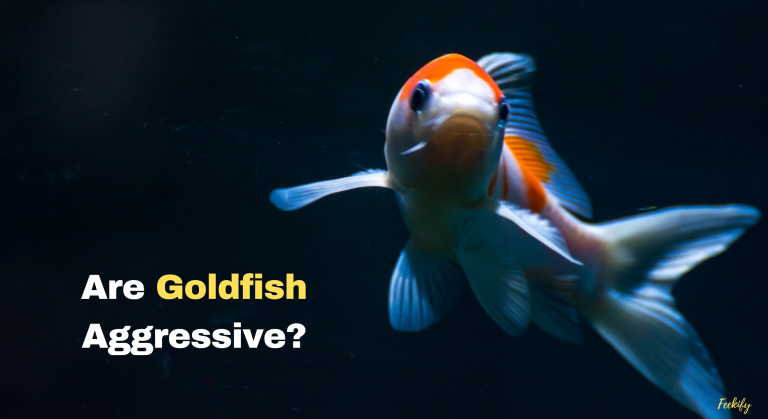 Goldfish have been the most domesticated species of fish. But can they be aggressive? Many Goldfish keepers ask this question at some point. If your Goldfish has been acting aggressively for some time, you may not know what has been causing it. In this article, I will explain the many different reasons why your Goldfish… 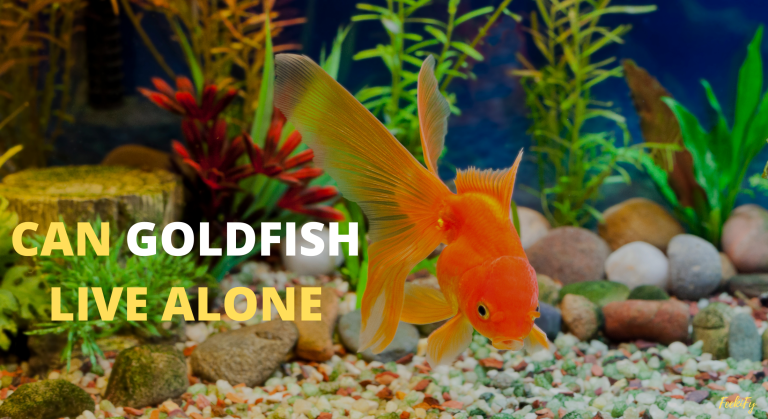